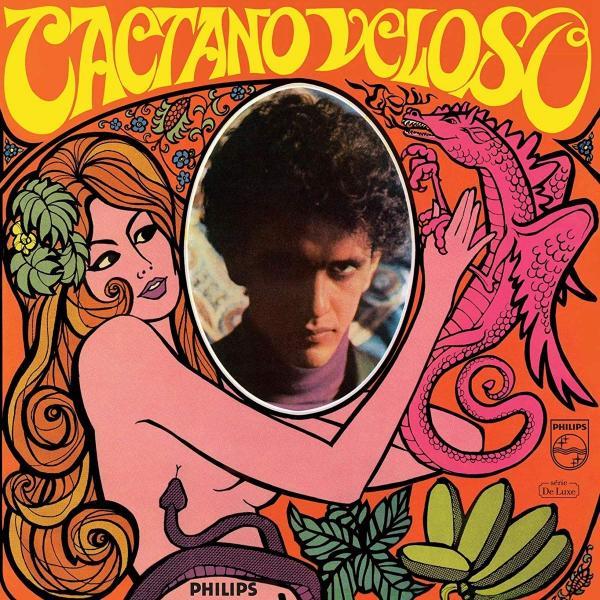 1968 was not a good time for creative types in Brazil. The country recently ceded control to the rule of an authoritarian military dictatorship that attempted to limit freedom of speech as means to suppress any political opposition. Unfortunately, this meant that most artistic statements were subject to state approval, a bad scenario from almost every perspective, and especially bad if you are an intelligent, creative youth with limitless ideas and ambition.

Let’s add in the timing for all this; Brazil’s dictatorship was at the peak of its power just as North America and The UK were experiencing the Summer of Love. Caetano Veloso was but one artist in his mid-twenties who found himself wildly inspired upon hearing “Sgt. Pepper’s Lonely Hearts Club Band”. The album opened up windows for the young songwriter that he never knew existed, and the sudden breath of fresh air invigorated his own sense of creativity. Veloso already had a recording contract and enjoyed some popularity in his country, but the sixties mentality arrived in Brazil like a slightly delayed tidal wave, and took Veloso in its wake. His songwriting style grew much more expansive, with melodies, rhythms and instrumentation going in myriad directions while his lyrics overflowed with a sense of optimism. He penned a song called “Tropicalia” which soon became the tag that united Veloso with likeminded cohorts. In the hands of the Tropicalistas, Brazil had been “Pepper-fied”, much to the chagrin of the culture police who had no interest in seeing Brazil’s traditions challenged. They were heady times while they lasted, but things soon took a turn for the worse.

Brazilian politics in 1968 were a sort of mirror image of what American youth experienced. In Brazil, the college-age population tended to support the Nationalist movement at that time, and Veloso quickly found himself rejected by his conservative peers, which in turn emboldened the government to have Veloso arrested and then deported. As could be expected, Caetano Veloso’s music took a significantly saddened turn after his deportation, but he stayed active artistically throughout the ordeal, and the arc of his life’s work serves as a profoundly artistic and literate account of the times before, during and after his ordeal.

“Caetano Veloso” is his first solo album, released after recording an album of bossa nova-based duets with Gal Costa. Drunk in the spirit of the times, his debut solo radically shifted gears and overflows with creativity, moving from one idea to another with such rapidity that it must have been breathtaking to hear it in its time. The sense of invention is still palpable, and at times it sounds as though Veloso is being swept away, almost confused by the limitless possibilities of his imagination.

In spots he overreaches and operates without a governor, but the wild stretch of his creativity is what fuels the songs here, making them sound joyous and full of wonder. They capture a moment of informed innocence regarding the creative procedure, a moment that circumstances would prevent him from ever readdressing in the same way again. If, like me, you are incapable of understanding a word of Portuguese, I highly recommend that you download translations of the lyrics. It will provide a pleasure equally as deep as the melodies, if not more so. Veloso is a poet in the truest sense of the word, and his lyrics eclipse those of mere ‘songwriters’. As the songs rush by, you’ll find your imagination weaving through portals of suggested images that convey happiness, uncertainty, irony, a limitless appreciation for beauty, and even some occasionally veiled criticism. Whether in the U.S. or Brazil, this is what multi-faceted art was all about in 1968. It still is.