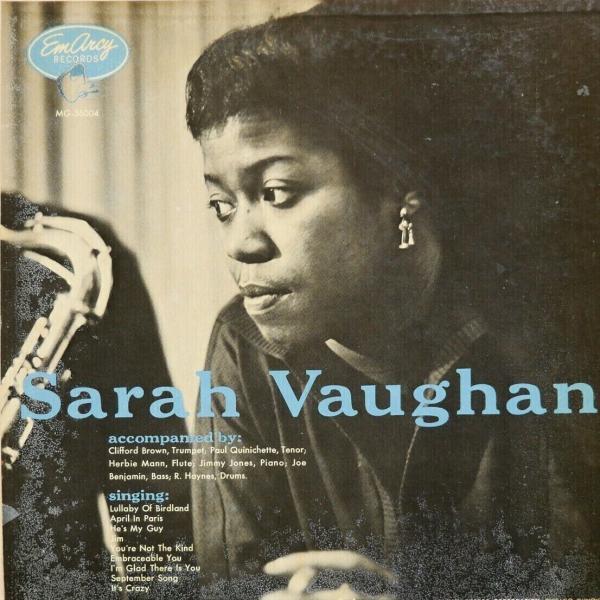 The year 1955 was a remarkably transitional year. Besides being the year when rock and roll started a national craze that hasn’t stopped since (or has it?), it’s the year when the public embraced the notion of Hi-Fi.

Until this point in time, music was commercially available almost exclusively on ten-inch 78-RPM discs. They were heavy, awkward, broke too easily, and worst of all, they sounded horrible, but they ruled the market for the first thirty some-odd years of commercially available recordings. There wasn’t anything better, so nobody complained until Columbia introduced the 33 RPM ‘Long Player” format in 1948, and its advantages were so obvious that it quickly took over as the new medium for commercial recordings, competing only with RCA’s 45 RPM format for market dominance.

At first, most 33 RPM discs were released at ten inches, simply because the public had been familiar with that diameter for so long, but the advantages of adding another two inches were undeniable. Those two extra inches significantly increased the playing time, allowing for a full twenty minutes (or more!) per side, and the new ‘microgroove’ method of cutting and pressing albums meant a huge increase in sonic range and a stunning improvement in the signal-to-noise ratio. With the new format, dynamics could be appreciated, and subtleties could be heard. This was an across-the board improvement, but few reaped the benefits more than jazz musicians. I would go so far as to make the argument that the clarity of the new format quite literally changed the way that jazz artists approached their art. On 78s, they needed to perform loud enough to cut through the noise but on 33 RPM long players, subtle shifts in dynamics could be used. It allowed for a wider artistic palette, and the clarity emphasized the ‘art’ in their artistry.

Sarah Vaughan was among the first jazz musicians to take advantage of the seemingly pristine sound of the 33 RPM microgroove format. One of the most fascinating and diverse singers of the twentieth century, all of the subtle beauty of her performance was now discernible on record. In her early years, Vaughan sang with Billy Eckstine in the Earl Hines band, which featured both Dizzy Gillespie and Charlie Parker as members. In other words, she literally fronted the future of jazz music. The band broke up and went through myriad changes, but throughout the forties and early fifties, Vaughan was the vanguard for bebop vocalists. By 1950, she was a national star for Columbia (yes, the same company that invented the ‘33’), but the label pushed her toward ‘pop’ material, a misjudgment of both her talent and her character. She left Columbia for Mercury just as the 33 RPM record was becoming the dominant medium, and the timing could not have been better. Mercury gave her the freedom to record both pop (on the Mercury imprint, for commercial success) and jazz ( on EmArcy, for artistic satisfaction).

In 1954, Vaughan teamed with trumpet player Clifford Brown for a set of recordings that was destined to change the face of jazz. Brown was the missing link that connected Louis Armstrong to Miles Davis. He had a technique that rivalled the former, with a sensitivity that suggested the latter, and he reached his peak at the exact midpoint of their careers. Certainly, Clifford Brown would be a household name today if it were not for the car accident that took his life less than two years after this masterpiece was released. The pairing of Vaughan and Brown was magnificent and the results of their sessions became Vaughan’s first long-playing twelve-inch ‘album’. The music was stunning, combining intriguing and original takes on a number of jazz classics where Vaughan veered from sassy to sensitive, sometimes in the same breath. Clifford Brown plays with such confidence and clarity that you can imagine hearing the future of jazz, if only things worked out that way. Sarah Vaughan never sounded better, not only because she sang at a stylistic level that dwarfed the competition, but also because the 33 RPM long-playing ‘micro-groove’ album sounded so damned good as well.

You're Not the Kind

I'm Glad There Is You

January 1955 – Billboard Did Not Chart