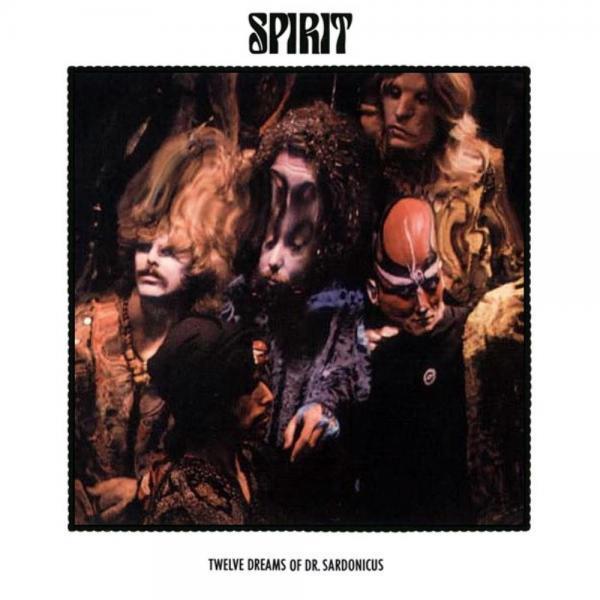 When this album came out, alternative radio (i.e., FM) was still in its infancy (and I was only slightly older) but somehow I remember hearing parts of this album on the radio.

I was really young back then, not yet a teenager in fact, but I was on a mission to learn whatever the generation before me had to offer. I was an eleven year-old wanna-be hippie, with nothing but respect for the way that the kids who were only five or ten years older than I was kicked down barriers for the rest of us. I was intrinsically aware that they were changing the world for me. If you were eighteen in 1969, life was exciting but also quite scary. Long hair meant a political conviction, a means to getting your ass kicked if you walked into the wrong diner. Drugs were terrifying because the burgeoning culture of Timothy Leary and Ken Kesey made it essential to ‘discover your mind’, but it also meant that you could end up in jail, or worse, you could end up like Syd Barrett.

The kids who were five or more years older than I, faced a draft – and many actually fought and died in Vietnam – but my generation had no such trauma. We ended up graduating to Peter Frampton. My generation emulated the hippies, but by the time we were eighteen, long hair was no longer political. It was reduced to a fashion statement. In 1968, four kids were killed at Kent State for opposing a war. Ten years later, Jimmy Carter was in the White House prevailing over the ‘me’ decade and our nation’s “crisis of confidence”.

As a pre-teen, I would tune in to the new FM radio stations and try to learn details about the mindset of the generation that was clearing a path for mine. FM radio was like a cultural oasis where nobody could hate you or insult you for being who you were. It sounded like heaven to a kid like me. Some of the music was really strange, but I liked the exoticism of what I heard.

Spirit were completely unknown to me, but “Nature’s Way” got some airplay, and it spoke directly to my pre-teen hippie ambition. “Animal Zoo” was even more mysterious, and got played less frequently, but I heard it, and it also burned a hole in my sense of awareness. This was music that only made sense to ‘us’, the ‘societal rebels’, so I loved it. I loved that a generation barely a decade older than I was taught me to pay attention to minor details, and to appreciate things that might seem freaky at first. Hippies were offering life lessons, and I listened intently. Somehow, it all made sense in the end. It was about surviving alienation, about not allowing anybody to be classified as an ‘outsider’ for their beliefs, their race, or their sexuality. It was about peace and love.

As it turns out, it was all a bit too ambitious and over-reaching, but that doesn’t make it a bad thing. I still find myself longing for a worldwide sense of community that embraces love and peace as opposed to political ideologies. If that makes me a latter day hippie, then so be it. I’d be proud to let my own freak flag fly, but it seems that the best I can offer is praise for the better bits of music that I heard when I was too young to participate.

“Twelve Dreams of Dr. Sardonicus” (the title alone says it all) is one such album. It was Spirit’s fourth and most ambitious album but somehow their worst charting album to date. That’s too bad, because it does a great job of capturing the spirit of its time, without sounding dated today.