The Ronettes: Presenting the Fabulous Ronettes 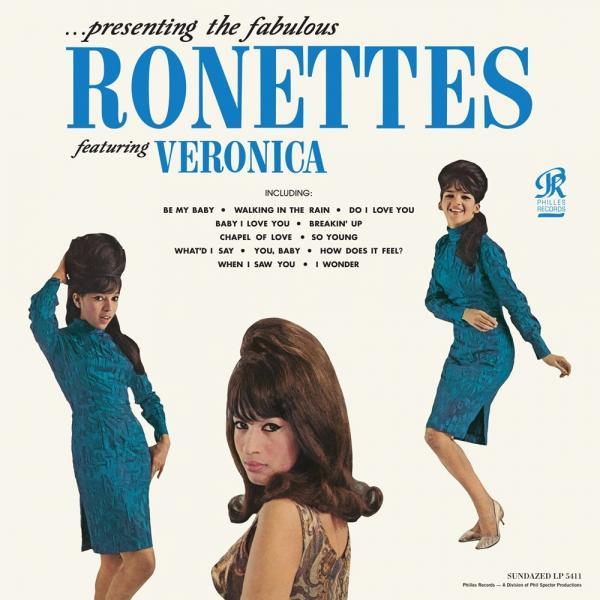 The Ronettes: Presenting the Fabulous Ronettes

What??? This record topped out at # 96? What sort of alternate universe/ twisted history of the world have I been living in? I simply cannot believe that this wasn’t a huge hit album. Nor can I believe that it became so rare that finding an actual copy could have set you back a mortgage payment, until a recent re-release.

This is Phil Spector at the top of his game. He ruled (or at least thought he ruled) the music industry around this time, but still in all, even the singles’ chart positions weren’t particularly impressive. Only one song made the top 10 (“Be My Baby”), and none of the others even scratched the top 20. How is that possible? Right here in the ‘grooves’ of these songs is the apex of the girl group sound, with some of the lushest and most influential music ever made. I can only attribute the album’s relative lack of success to the fact that it was mostly a compilation of previously released hits, but even that does not adequately explain how a collection of the best girl-group songs of all time would stall out.

Veronica, along with her sister Estelle and their cousin Nedra, sexualized rock and roll like no one before them. With hair piled so high they could disrupt flight patterns around NYC, they flaunted their appeal in a manner that even caused members of the Beatles and the Rolling Stones to stand up and take notice – The Beatles brought them along on tour, and their popularity was so great that the Ronettes then hired the Rolling Stones to accompany them as the tour continued, causing a number of romantic affiliations to take place. Fashion and romance notwithstanding, it was the music that gives them longevity and causes them to be remembered as an extraordinarily influential group. For one blatant example, Brian Wilson wrote “Don’t Worry Baby” as an homage to “Be My Baby”. Books have been written about Phil Spector’s production techniques, which had reached its pinnacle on these songs, but the full-belted quaver in Ronnie’s lead vocal was the main attraction, an unduplicatable warble that simultaneously conveyed confidence and sexual longing.

The girl group sound didn’t begin with the Ronettes, but this is where the genre reached its artistic peak. Every song on this record deserved to be a top ten hit, but only one made the grade. Some of the blame falls directly on Phil Spector’s shoulders, because his jealousy inspired him to deliberately deconstruct the girls’ career with the same zealousness that inspired him to create it. The version of “Chapel of Love” that closes this album was intended to be the Ronettes’ next hit single, but it went unreleased because Phil Spector wanted his beloved Ronnie out of the limelight. Instead, a cover version by the Dixie Cups shot to #1 for three weeks – the Ronettes never had a number one hit. A song like “When I Saw You” could have altered pop music history, but it languishes here as a deep album cut. Teen romance never got any sexier than this. It should have been one of Billboard’s most successful chart toppers, but not in this world.