The Sonics: Here Are The Sonics 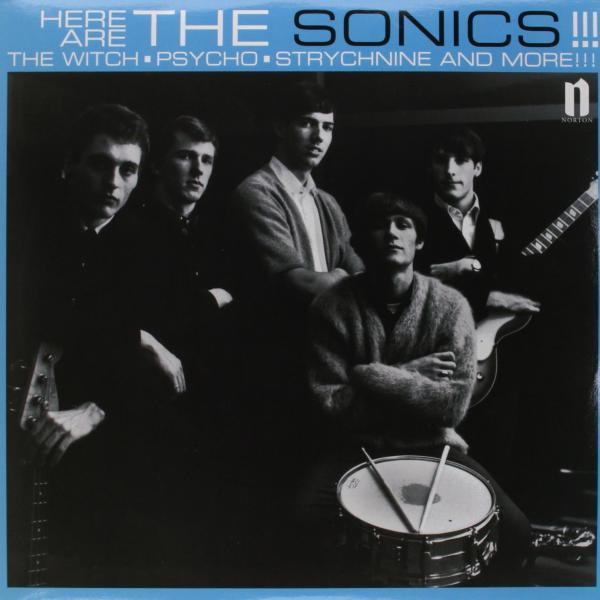 The Sonics: Here Are The Sonics

My longstanding opinion of the Sonics has remained fairly consistent over the years. I always considered them a really good garage punk band with a few great singles, but not consistent enough to sustain an album.

“Here Are the Sonics” just had too many cover versions of classic rock and roll songs, and it diluted the impact of the band’s fairly awesome original compositions. I mean, after “Strychnine” and “Psycho,” even a rocking version of “Roll Over Beethoven” or “Good Golly Miss Molly” sounds tepid by comparison. Recently, though, my son challenged my impressions by pointing out their place on the timeline. The songs on “Here Are the Sonics” were recorded around the same time as the Beatles recorded “Beatles for Sale,” an album that contains six non-original tunes.

Why did it bother me that the Sonics covered classic rock and roll but I gave the Beatles a free pass to do the same thing? Also, if you lump the Sonics into a vat with all of the other garage punk bands that eventually appeared, their impact gets watered down a bit, but when they debuted, these guys were on the cusp of something new. Their singles are frighteningly intense and it’s no wonder they met resistance on a national level. Singer/songwriter keyboardist Gerry Roslie possessed a scream that made Lennon or McCartney sound passive by comparison, a howl that rattled the very ground he stood on.

With bands such as the Kingsmen, the Wailers and Paul Revere and the Raiders, the Pacific Northwest was already a hotbed for a rougher, cruder version of rock and roll. At a time when pop music trends leaned toward the easy soulful sophistication of Ray Charles (who the Sonics cover here, turning “Night Time Is the Right Time” into a larynx-rattling stomper), Sam Cooke and Brook Benton, these bands embraced the primitivism of rock and roll’s pioneers. A few hits emerged most notably (and notoriously) the Kingsmen’s “Louie Louie,” but the hard energy of these bands remained a mostly regional phenomenon until the British Invasion reinvented the pop music formula.

By 1965, the rock and roll rebirth had been complete. All the subtleties that defined pop music from 1958 to 1963 had been plowed over by the Beatles, the Rolling Stones and their ilk. Kids all over Europe and the U.S. were shaking their heads and screaming their heads off, and the energy emanating from the Seattle area didn’t seem so strange any longer. The Sonics pretty much followed the path that had been laid by their predecessors, but then cut it wide open by performing tonsil-shredding rock and roll with distorted, ear-splitting intensity. Their smoking versions of the Fabulous Wailers’ “Dirty Robber” and Richard Berry’s “Have Love Will Travel” bulldozed over previous versions. Subtlety got kicked to the curb, replaced with monster movie magnetism and freak show intensity. Original tunes like “Psycho,” “The Witch” and “Strychnine” pushed buttons that we didn’t even know existed in 1964.

These songs sound crazy, ferocious and intense by any standard, so I can only imagine the impact they had on unsuspecting ears back then. Years ahead of their time, the Sonics captured a manic energy that frightened contemporaries, but eventually lit the torch for the punk rock explosion of the mid-sixties, and then again in the mid-seventies.