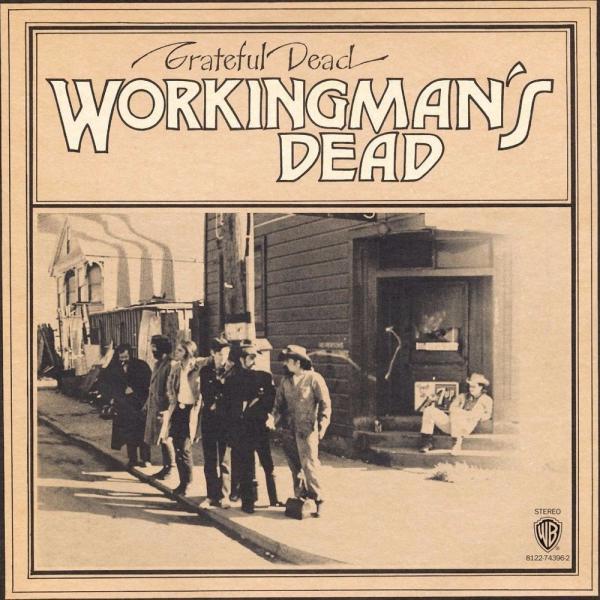 I suppose it would be hard to overestimate just how important and influential The Band was on the state of music in the late ‘60s. Before they released their first two albums, psychedelic music ruled the airwaves and the charts.

Afterward, though, it seemed that every band in the Western World suddenly felt compelled to get ‘rural’ and ‘earthy’. Even the Grateful Dead, one of the all-time leaders in psychedelic experimentation, stopped to create an album that reflected an ‘old, weird America’ that perhaps never existed (as portrayed) in the first place. While dozens of other bands attempted to latch on to the stylistic tenets of the Band and failed, the Grateful Dead’s success was so perfect that many didn’t note the connection.

As far as fans were concerned, the hippie lifestyle was all about ‘getting back to the land’, and “Workingman’s Dead” did a more than admirable job of providing a perfect atmosphere for the times, and its success was completely on its own terms, despite the ‘tip of the hat’ to the Woodstock crew that set all of this into motion. Add to the mix their own history as folk musicians, their natural inclination toward country music, and the influence of Crosby, Stills and Nash on their approach to harmony, and you end up with a Grateful Dead album that sounds like nothing else.