The Birth of Jazz: From the Civil War Era to Dixieland 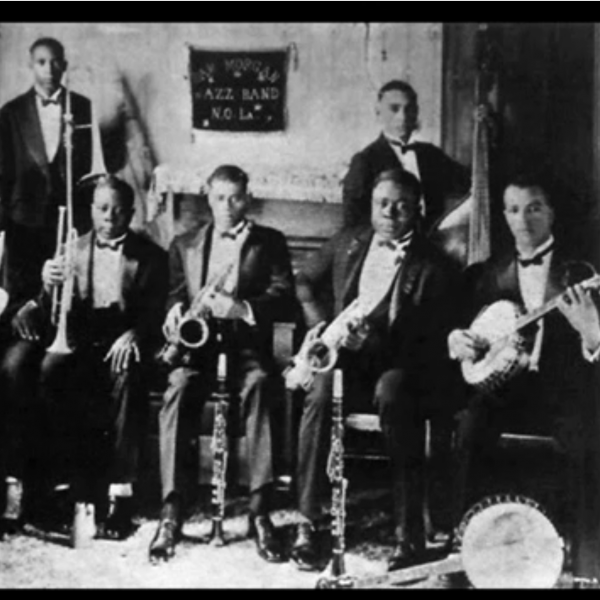 The Birth of Jazz: From the Civil War Era to Dixieland

In the world of music, there are few topics trickier to discuss than the birth of jazz. The reasons are simple; First of all, the subject matter is massive, making it very difficult to pull the various strains together in any fashion that makes sense. Second, there is virtually no recorded evidence from the period when it was fomenting. Luckily for us, we can sidestep both of these issues because a) our previous four shows in this series did a LOT of the set-up work to give us a decent vantage point to start from (If you’re new to this series, I highly recommend listening to shows 1-4 for a full perspective of our coverage), and b) we can fill in the gaps by discussing the history verbally, while (occasionally) presenting later recordings by the founding artists.

To convey the drastic impact and the thoroughly befuddled reaction that initially met this form of music once it crept out of New Orleans, we start with band music from the Civil War. This makes sense because the proliferation of brass bands during the war was a main impetus for New Orleans’ obsession with brass instruments. Part of the story takes place in New York City, too, so we take a sideways glance at the development of brass music there as well, most notably in the music of James Europe. In the end, though, New Orleans is the true focal point of our story, and I hope that you’ll have a reasonably clear picture of America’s indigenous art form as it comes to fruition.

Here’s a list of songs covered in today’s program;

Parade – from “The Civil War” film soundtrack by Ken Burns

Channel 5 - The Birth of Jazz