B.B. King: Live at the Regal 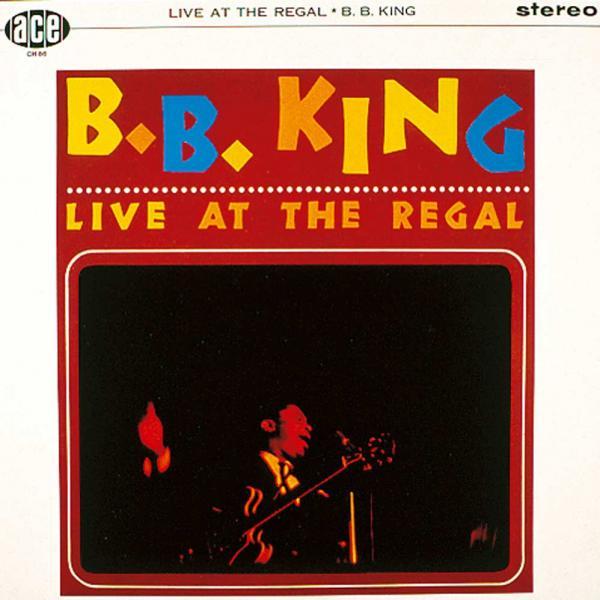 B.B. King: Live at the Regal

Imagine a time when black blues artists actually played to a black audience.

In 1964, B.B. King recorded what has since come to be recognized by many as the best live blues album of all time. It may well be the last great ‘old school’ blues album, too, before the base audience changed irrevocably. Almost overnight, the blues were ‘discovered’ by a generation of young white fans while simultaneously abandoned by the original fan base. Talk about a crossroads.

B.B. King’s career dates back to an era when blues guitar did not mean ten-minute guitar solos with exaggerated histrionics and ear-shattering volume. King became known in the late ‘40s by singing and playing live on WDIA in Memphis, Tennessee, in a style that could be described as restrained and yet highly expressive. His strong vocals and economical, single-note style of playing attracted a radio audience that grew steadily for the next ten years. By the mid-‘50s, King was averaging over 300 live performances a year, with an enviable catalog of hits to his name. Things continued to escalate for King into the mid-60s, when his core audience underwent a significant demographic change.

By 1964, it seemed like every English kid under 20 years old became enamored with American blues music. The Animals, The Yardbirds, Them, The Rolling Stones, The Kinks, The Who, even the Hollies… Eric Clapton and his ilk must have had a heart attack when they heard “Live at the Regal” for the first time. B.B. King had 20 years of experience under his belt by the time this recording was made. He was a consummate professional, and one of the highlights of this record is hearing how well he manipulates the loudly appreciative audience.

Most of the young Brits obsessed over the technical aspects of the blues, or played with a nervous energy that belied their inexperience. The new blues players were often jittery, or placed too much emphasis on their ability to improvise, which in turn changed a fundamental quality of real blues, which was its economy. B.B. King never wasted a note, and he never sounded like he was in a hurry, either.

By releasing this album at the height of the British Invasion, King was competing with a veritable sea of copycat wannabes who couldn’t even begin to approach his stately confidence, but America’s teenagers were driving the music industry, and they cared more about imported interpretations of our own culture than the real deal. As a result, both the complexion and the median age of your average blues fan changed forever. “Live at the Regal” captures an era that is now lost to history, but it is a fantastic document for conveying what the blues really were before being co-opted.