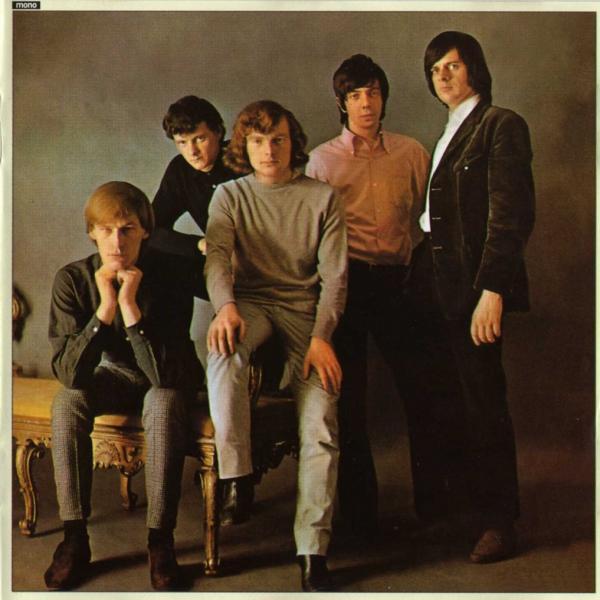 Chances are you’ll only be able to find the British edition, but if you’re into collecting moldy old vinyl, I’d recommend the U.S. edition of Them’s first LP. I could have picked the British version, but for once, I believe that the typical meddling done by American record companies actually worked in the album’s favor here.

Typical American nonsense meant that the record was trimmed from 14 tracks down to 12, and the track order was pointlessly jumbled, but the American release also added tracks that strengthened the release significantly. Gone were some great covers, like “Just a Little Bit” and “Bright Lights, Big City,” along with “I Gave My Love a Diamond” and “You Just Can’t Win”, but in their place the American version added the hit song “Here Comes the Night” and another fantastic Morrison blues/punk original called “One Two Brown Eyes.”

These days, it’s tough to get a clear picture of Them, or to collect their songs in any sensible manner. Other than Van Morrison, the band members are virtually anonymous, despite some incredible instrumentation. Also, the multiple album variations freely mix tracks, meaning there will be a lot of redundancy for anybody who develops a genuine interest in the band. If the American version remains unattainable, you certainly will be just fine with the genuine European article. This represents the birth of Belfast punk blues in all of its loutish glory, except that the playing is never less than first rate, and I just can’t say enough about the vocals. If you like it, as I imagine you will, there are plenty of places to find the missing tracks. This is Van Morrison, as a teenager, finding his place in the world of pop music, and proving himself to be one of Europe’s best interpreters of American blues and R&B, despite his young age.

Van Morrison’s subsequent fame as a solo artist naturally generates sparks of interest in this early period of his career. What might shock his latter-day fans, though, is the powerful intensity he displays on most of these songs. To my taste, this represents some of the most intense work of his career. His penchant for spontaneous creation, as heard on ‘Astral Weeks’ and ‘Veedon Fleece,” is on full display here. “Little Girl” and “One Two Brown Eyes” sound as if the words are conjured from some mystic sex-driven vision that holds Morrison spellbound, while the primal punk intensity of “Gloria” and “Mystic Eyes” are still intense after 50 years.

Of all the British (including Irish) bands that were recycling American blues, Them did the best job of getting it right. The Animals and the Yardbirds might have made the biggest waves, but a lot of their adolescent energy was misspent and wasteful. Them, featuring Van Morrison, let the pot simmer until it boiled. If you want a band that knows how to cook, that’s the way to do it.