Bob Dylan: Another Side 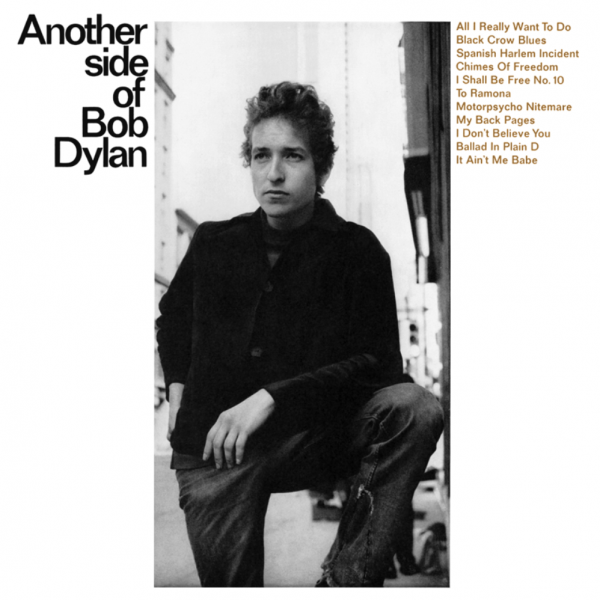 Bob Dylan: Another Side

It may seem odd to include a classic Bob Dylan album on any list of the best ‘alternative’ albums, but technically, this record fits the criteria, because the record never reached the Billboard top 40. “Another Side of Bob Dylan” just missed the top 40, stalling out at #43, so here it is. Still, though, it does beg the question, “How could a classic Bob Dylan album not have made the top 40?” As it turns out, the answer is fairly straightforward.

Throughout 1963, Bob Dylan had an extraordinarily comfortable relationship with the kingpins of the folk music movement. He graciously provided them with exactly what they were looking for, and they complied by lauding him as the voice of their generation. In 1963, folk music and leftist politics were two sides of the same coin. Pete Seeger’s adaptation of “We Shall Overcome” provided a blueprint that folk artists were expected to follow, at least in a political sense. Dylan’s “Blowin’ in the Wind” and “The Times They Are a-Changin’” were perfect templates for that genre - poetic sing-alongs that allowed the self-righteous and indignant to feel empowered and unified. Virtually every track from Dylan’s previous long-player, “The Times They Are a-Changin’,” reflect a strident, judgmental perspective where the rich and powerful are called to task for ignoring the needs of the poor and underprivileged.

Dylan’s follow-up, though, totally abandoned the blueprint. The record company knew it, too, which is why they titled the record “Another Side of Bob Dylan.” Here, Dylan was no longer pointing fingers at a perceived enemy nor trying to adapt to the folk-liberal sensibilities of his cohorts. There’s no “Masters of War” here. Instead, the album deals with personal politics, matters of the soul that Dylan was experiencing in his own life. By closing the album with “It Ain’t Me, Babe,” Dylan implicitly gave his fan-base what-for, basically telling them to find another lackey.

For the first time, Dylan challenged the status quo of the folk world by shaking off their imposed expectations, and they in turn reacted harshly to the change. In a manner that suggested treason, Sing Out Magazine panned “Another Side of Bob Dylan” outright, implying that Dylan’s songs were now selfish and useless to ‘the cause’. Folk critic David Horowitz referred to the album as “an unqualified failure of taste and self-critical awareness.” Is it not bizarre that the very people who previously championed Dylan had, due to their own preoccupations, suddenly grown completely deaf to his poetics? Nonetheless, it is quite likely that such a reaction from his home team had a negative effect on album sales. It’s also likely that the pop audience was not ready for Dylan’s rawness and needed to hear the Byrds and the Turtles interpret his songs rather than hearing Dylan himself.

As for Dylan, he didn’t appear to care much about the folk or pop audience’s presumptions and expectations. He makes his intentions explicit on “My Back Pages” and distances himself from his earlier polemics by singing “I was so much older then. I’m younger than that now.” As history reflects, this may have been the first time that Dylan angered the folk stalwarts, but it would not be the last – plugging in at Newport Folk Festival was the capper, but that controversy was simply the logical extension of Dylan expressing his independence, much like he originally did on “Another Side of Bob Dylan.”