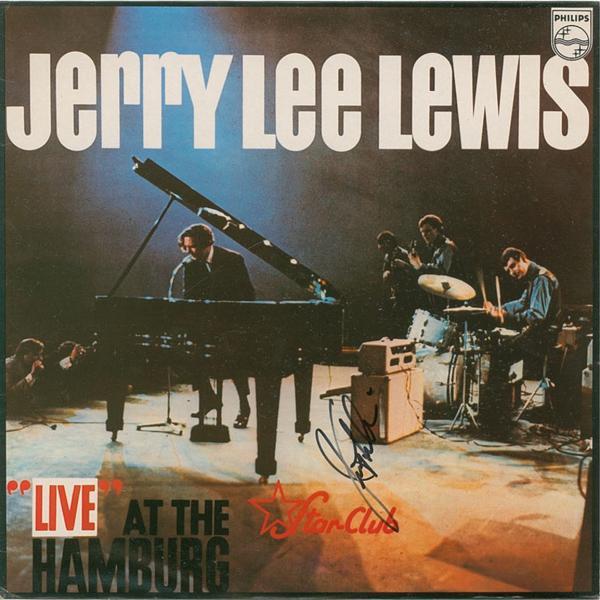 In 1964, Jerry Lee Lewis was about as ‘off the grid’ as you could get. He was the living definition of a has-been, as his career was completely derailed in 1958. Once the scandal of his marriage to his 13 year-old cousin hit the streets, his future as a rock and roll superstar was eviscerated, and Lewis became a pariah that couldn’t be touched. Overnight, he was kicked to the curb, blacklisted in England and even in his own country. In the time that he retreated to lick his wounds, the music industry changed drastically. The British Invasion, led by The Beatles, rendered the 50s rocker obsolete, pushing Lewis toward the dustbin of music history.

The world expected Lewis to fade away, but he did not plan on cooperating with that expectation. Instead, he grew even more hardheaded, even more committed to his manifest destiny of being the greatest living performer the world has ever seen. Most venues wouldn’t even let him play, but when he could get a gig, he played as if his life depended on it. And in a sense, it did. In Germany, a cult following still supported him, so although he had gone six years without a hit, a small German label decided to take a chance and record a live performance at the Star Club (yes, the same one where the Beatles played before they altered history) in Germany.

On “Live at the Star Club,” Lewis plays with almost total disregard for his support group, torturing them as he constantly ramps up the tempos until it reaches a point of combustion. Was it pent-up anger that fueled him? Resentment? Rage? By all accounts, Lewis was exceptionally proud and more than a little vain. How do imagine he felt watching from the sidelines as The Beatles changed the world and got all of the glory, making his ‘comeback’ that much more impossible?

Listen to this album. The music is downright feral. Jerry Lee was a scary guy, and this record captures his stubbornness, his absolute sense of self-confidence and a fearlessness that practically challenges his audience. It’s like he’s saying, “I dare you to ignore THIS!” He pounds so hard that I half expect the piano to go up in flames. The band rocks like crazy (that’s the Nashville Teens holding on for dear life), but they still struggle to keep up with him as he races through each song like a demented madman. Rolling Stone later reviewed the record, saying, “'Live At The Star Club, Hamburg' is not an album, it's a crime scene: Jerry Lee Lewis slaughters his rivals in a thirteen-song set that feels like one long convulsion”. You probably heard most of these tunes before, but you never heard them played better than here on this record. It just might be the most intense live album ever recorded…by anybody.