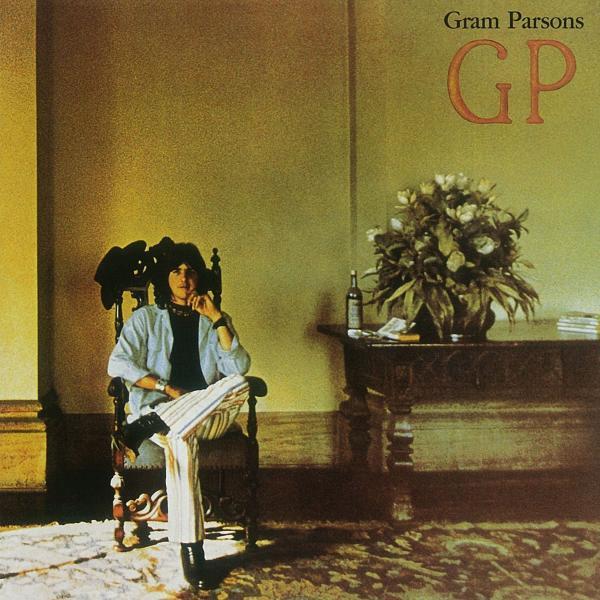 Few people did more to further the cause of uniting rock and roll with traditional country music than Gram Parsons. He was an unwelcome hippie guest at the insider’s ‘country music country club’ of Nashville, but he was persistent, and stayed true to himself.

His time with the Byrds and Flying Burrito Brothers cemented his reputation as a first-rate songwriter and vocalist, even as he remained on the periphery of popular tastes. Unfortunately, his penchant for drugs, heroin in particular, nearly derailed his career – you know it’s bad when a band as liberal-minded as the Rolling Stones finds your drug intake to be unbearable. In the wake of the bacchanalia that defined his time with the Stones, Parsons weaned himself off of heroin and started focusing once again on his music. Released in 1973, “GP” was Parsons’ first solo record, and it may well indicate the high-water mark of his short but illustrious career.

A key ingredient to the artistic success of “GP” was the incredible harmony vocals supplied by then unknown newcomer Emmylou Harris. As the story goes, Chris Hillman was touring with the Flying Burrito Brothers, trying to keep the band afloat after Parsons’ departure. He saw Harris perform at a small gig near her home in Washington, D.C., and was so impressed that he considered asking her to join his own band. Awestruck, he called Parsons and told his old bandmate about Harris, particularly in regard to her seemingly effortless ability to sing in perfect harmony. Parsons caught a flight to hear for himself, and immediately asked her to join him on the recording sessions for his first solo record. To this day, the Parsons/Harris duets stand with some of the best country harmonies ever recorded, perhaps surpassed only by the Louvin and Everly siblings.

The only thing more impressive than Harris’ harmonies on ‘GP’ is Parsons’ vision, particularly in regard to his song selection and choice of backing musicians. His biggest coup was pulling James Burton (guitar) and Ronnie Tutt (drums) from Elvis Presley’s band, supplementing them with Byron Berline (fiddle), Ric Grech (bass and production) and Glen Hardin (piano), plus a host of other talented players. The band interplay on “Still Feeling Blue,” “She” and “How Much I Lied” (all written by Parsons) is simultaneously impressive and understated. Parsons’ own songs served as the mortar holding the album together, supplemented with extraordinary versions of material written by George Jones (“That’s All It Took”), Joyce Allsup (“We’ll Sweep Out the Ashes in the Morning”) and Tompall Glaser/Harlan Howard (Streets of Baltimore”). In Parsons’ hands, country music naturally molded itself to contemporary trends, bringing new life to a genre that was starting to grow stultified in its own prejudice.

January 1973 - Billboard Did Not Chart