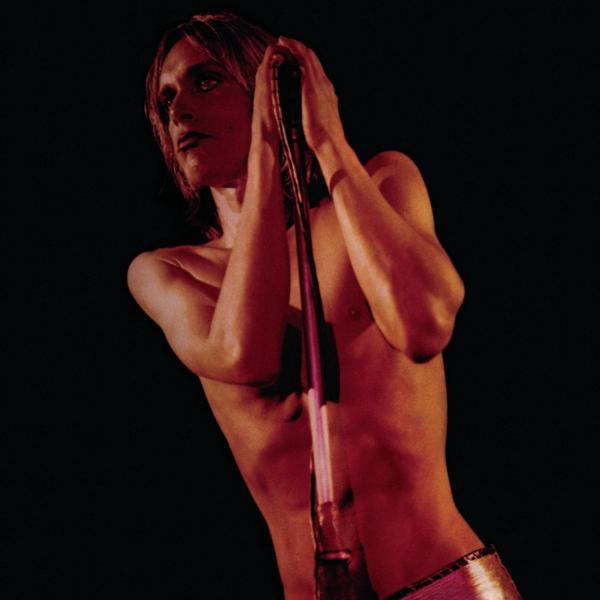 The Stooges’ second album, “Fun House,” was released in 1970 and pretty much followed the same path to self-destruction as the band’s first album, but with even less direction or structure.

It sold worse than its predecessor as well, although it has certainly survived its initial rejection, serving as a primal influence on punk rock. Unfortunately, the bands’ personal lives emulated the feral insanity of their songs and stage performances. Bassist Dave Alexander suffered from chronic alcoholism and was dead by age 27, while Iggy Pop developed a severe addiction to heroin. James Williamson joined the Stooges as a second guitarist in late 1970, but to no avail. Predictably, the band self-destructed, and disbanded after “Fun House”.

One of the few professional musicians who paid attention to the early Stooges was David Bowie, a genuine fan who was slightly nonplussed when he ran into Pop and Williamson at Max’s Kansas City in 1972. At the time, Bowie was one of the biggest rock stars alive, and was rather generously using his influence, talents and energy to reinvigorate the careers of his own heroes, like Lou Reed and Mott the Hoople. He made a similar offer to Pop, suggesting that he sign to Mainman, his production company, and record a new album. Pop and Williamson relocated to London, but they couldn’t find suitable musicians to match the raw sound they desired. Somewhat desperate, Williamson suggested that they rehire the original band. Alexander was in no condition to join, but the Asheton brothers accepted. With two guitars and no bass player, Ron was more or less forced to switch to bass guitar.

Recording sessions commenced, and against all logic, Pop produced his own sessions. Clueless to ‘proper’ methods, he crammed all of the instruments except lead guitar onto one track, with vocals on another. Submitting this as final product, the record label rejected the record out of hand, insisting that somebody somehow fix the perceived disaster (You can hear Pop’s mix on the opening track, “Search and Destroy,” which he insisted remain untouched). Bowie took up the cause and made a valiant attempt to ‘normalize’ the album but found it virtually impossible. The guitars sounded like they were plugged directly into the board, overloading and distorting the signal at painful volume. The only way to control the madness was to ‘punch’ the instruments in and out as required, resulting in an amateurish, ‘hot’ mix that in truth, somehow made the recordings sound as wild and chaotic as a Stooges live performance. Williamson’s guitar in particular stabbed its way to the front, with an intensity that was genuinely frightening for its time.

Despite being virtually ignored on release, “Raw Power” attracted a strong cult following, as nothing else sounded even remotely like it (both literally and figuratively, as it remains one of the worst ‘produced’ albums of all time). Impossibly loud, unbalanced, and unhinged, it became a landmark that inspired a blossoming generation of non-musicians to pick up a guitar, including Steve Jones (The Sex Pistols), Johnny Marr (The Smiths), Kurt Cobain (Nirvana) and even Nikki Sixx (Motley Crue).

Your Pretty Face Is Going