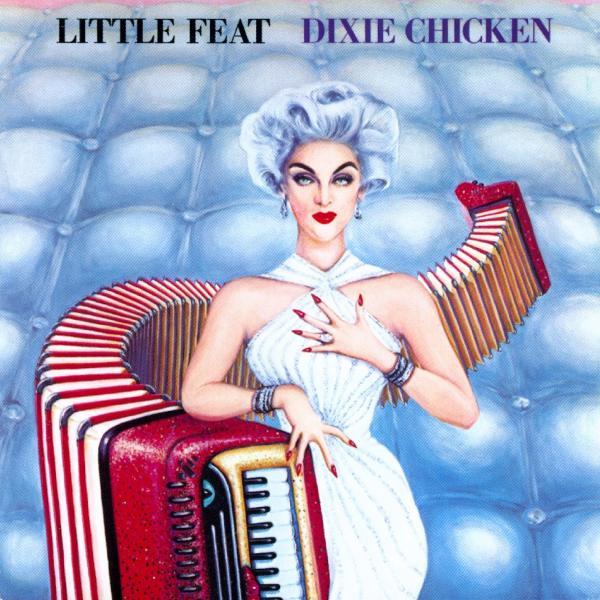 With two commercial failures behind them, Little Feat decided to pack it in. Bassist Roy Estrada joined Captain Beefheart’s troupe, while Lowell George, Billy Payne and Richie Hayward contemplated a future without music, but ultimately decided to give it another go.

They approached their reunion as if they were forming an entirely new band, and brought in three members to flesh out a sound that had virtually nothing in common with the previous incarnation. Paul Barrere, Kenny Gradney and Sam Clayton brought a funkier sensibility, providing a sophisticated rhythmic backdrop that mastered the art of using the spaces between the notes to suggest syncopation. Whereas the previous band sometimes sounded restless, the new lineup sounded patient and grounded. Even Lowell George’s songwriting style had changed markedly. Gone was the slippery weirdness of his psychedelic trucker persona, replaced with a smoother narrative style.

“Dixie Chicken” is the most understated album that the band ever recorded. You can feel the players holding back, reaching for a soul sound rooted in New Orleans style funk. Most telling is the band’s cover of Allen Toussaint’s “On Your Way Down,” a slow burner that defined their new sound. The rhythm leaves holes big enough to drive a truck through, making every note count along the way. Every track sounds deliberately paced and spacious, allowing the lyrics and melodies to sink in. George’s songwriting varies between the earnest (“Two Trains,” “Juliette”) and the playful (“Dixie Chicken,” “Fat Man in the Bathtub”), coupled with deceptively complex musicianship.

Little Feat had always been unique, but “Dixie Chicken” proved them to be one of a kind. There’s no other album quite like it, but it fared no better than its predecessors. They may have been the best band in America, but nobody seemed to know it and Little Feat remained a well-kept secret. Despite the complete turnaround in their sound and relentless touring, the record buying public still ignored them.

On Your Way Down

Fat Man in the Bathtub

Fat Man in the Bathtub