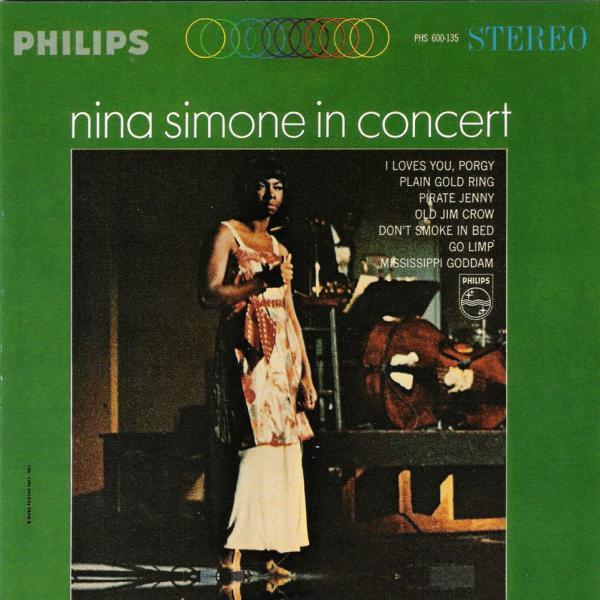 It’s amazing and appalling just how self-serving mainstream culture can be. I certainly do not intend any offense to folks like Pete Seeger who dedicated their lives to the cause of freedom and justice for all, but it seems that the musicians that most white Americans remember and affiliate with the movement are white male performers, as if we are incapable of seeing the truth as it played out before us in real time.

Such was the cultural stratification of the times that most white audiences only heard protest music by white artists, because protest music by Black performers was deemed either ‘inappropriate’ for the mainstream or was banned outright. Bob Dylan got a boatload of press for joining the march on Washington (with Pete Seeger presiding), but few people acknowledged the message that Nina Simone evoked every single night that she performed. Simone dedicated her life to conveying a harsh truth that she lived on a daily basis, but as a Black woman, she was relegated to the periphery by the White media that feared the power and personal conviction of her message.

By just about any standard, Simone was an unconventional star. She did not possess the traditional sultry beauty of a pop star, and her musical roots had nothing at all to do with jazz, pop music, or even singing. Simone was a classically trained pianist who experienced deep racism right from the start, as she once recalled when her own parents were asked to surrender their front-row seats for her first recital. Although only twelve, the young Simone refused to perform until her parents regained their seats. Her music teacher assisted in getting the young woman accepted at Julliard in preparation for admittance to the Curtis Institute of Music, but she was denied admittance, with no reason given but with an all too obvious implication. To pay for private lessons, Simone started working in nightclubs, where an owner told her that she would need to sing if she expected to remain employed. Despite being uncomfortable with the idea, she did what was necessary, and a following began to develop around her performances. Not too long afterward, a recording career began, which even generated a hit (“I Loves You, Porgy” went to #18 on the Billboard pop charts in 1959). Simone remained indifferent to the plaudits brought on by pop recognition and struggled to retain her identity as a ‘classical’ musician, but the music business had no interest in that side of her talent, and only offered contracts that pushed her front and center stage.

By 1964, Simone had seen enough. She had always pulled songs from Black heritage and sang often about the plight of her race, but she rarely challenged her live audience with this material. Now, she made a conscious decision to perform and speak openly about racial inequality. She had a firm, regal demeanor onstage that could cause her audience to blush at the blunt message of her performances. On “In Concert”, Simone marches headlong into the fray, performing startling renditions of “Old Jim Crow” and a version of Brecht-Weill’s “Pirate Jenny” with lyrics revised to suit her purpose. She introduces her closing number as “a show tune, but the show hasn’t been written yet,” thus disarming her mostly white audience for the one-two punch of “Mississippi Goddam.” Taken as a whole, “In Concert” delivered a powerful message that would ultimately cost her, both in terms of popularity and also her health. Over time, her message would grow even more strident, and she became an alienating figure with personal issues that only compounded her problems, but her catalog of work stands as testament to an incredibly talented woman who was as committed to righteousness as she was to her art.