Eric Dolphy: Out to Lunch 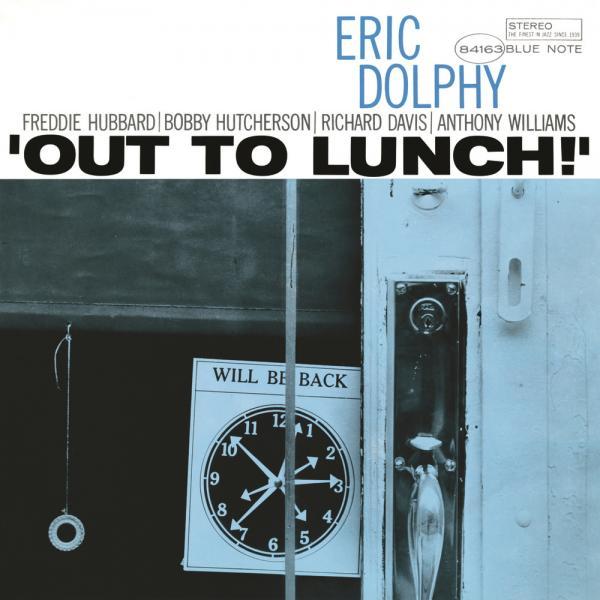 Eric Dolphy: Out to Lunch

Boy, is this album aptly titled. My including this on a list of all-time favorite albums is surely reason enough to cause any casual music fan to suspect my tastes in music. It could take years for even an informed, musically adept person to appreciate the intricate genius of “Out to Lunch.” I should know because it took me that long.

For years I considered this album to be a glaring example of what went wrong with jazz. You couldn’t dance to it, or even hum it. When “Out to Lunch” hit the stores, adventurous record buyers were still grooving to the ‘cool’ sounds of Miles Davis and the rhythmically playful sounds of Dave Brubek. Before them, the bebop players took speed and complexity about as far as it could go, leaving a wake of ex-Jazz fans drowning in the sound of something they could no longer understand.

Jazz used to be popular dance music, but its evolution eventually led it into the hands of cranial theorists who mostly played for other cranial theorists. Only a few jazz artists were able to dance on the head of a pin, remaining popular in both camps; the two mentioned above were prime examples, and Charles Mingus was another. Mingus added a funky swing to his compositions, along with a cargo ship’s worth of attitude that gave his songs emotional depth and a stinging sense of social awareness. Dolphy learned to play a number of instruments under the tutelage of the bebop players who dominated the post-war jazz scene, and eventually signed on with Chico Hamilton’s band, before moving to New York and hooking up with Mingus. At the time (circa 1960), arguably the two best bands in the world where a fledgling jazz musician could cut his teeth were Art Blakey’s Jazz Messengers and Charles Mingus’ big band. Dolphy fit perfectly with Mingus, playing mostly alto saxophone over compositions that allowed him to elicit virtually every possible sound the instrument was capable of. Mingus recognized Dolphy as a master musician and generously showcased his playing, but just as importantly, he allowed him the freedom to make a few solo recordings. Once he had the wherewithal to do what he wanted, Dolphy set out for horizons that even the bebop crowd couldn’t understand, playing with wild abandon over nearly incomprehensible time signatures, with dissonant stabs of sound that suggested a mad genius on a rampage.

“Out to Lunch” is the apotheosis of the ‘free jazz’ movement, or what some less than astute (or at least less than kind) critics dubbed “anti-jazz”. It was Dolphy’s first release with Blue Note Records, and the lineup alone was enough to force critics to eat crow. Featuring Freddie Hubbard (trumpet), Bobby Hutcherson (vibes), Richard Davis (bass) and Tony Williams (only eighteen years old, on drums), this was an all-star affair that steeped Dolphy’s avant-garde tendencies into tightly structured arrangements, blurring the lines between deliberation and total freedom. Dolphy is astounding throughout, but Hubbard keeps pace, while the vibes and bass push and pull the rhythms into unknown territory without ever sounding lost. As for the drums, if I could get inside the head of any one musician, it would be Tony Williams, because I would love to understand how he determines to keep time and play fascinating patterns even when a time signature is not apparent. It’s mysteries like these that kept me coming back to “Out to Lunch”, and after years of questioning its logic, it feels wonderful to see answers starting to formulate. Just give it a few years to let it grow on you.