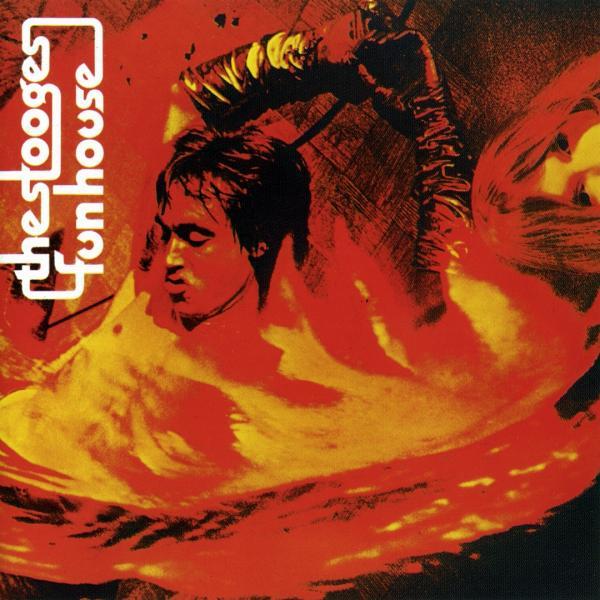 Maybe the first album was a trial run. All I know is that Iggy Pop is as feral as a vocalist can be on these recordings.

It’s as though he shrugged off whatever insecurities the recording studio might have presented the first time around and he attacks each song like a prizefighter beating his opponent to a pulp. His intensity could remove the paint from your walls. My only complaint is that it doesn’t end with the same ferocious focus that it starts with.

For years, this tapering off in the album’s intensity led me to feel that it was a half-great album burdened by a side of filler. I can be dense and stubborn, but after years of revisiting “Fun House”, I must admit that my lingering impression was just plain wrong. This album is scarier than just about anything else I’ve ever heard, period. For those who doubt the devotion that “Fun House” can generate, here is an interesting fun fact for you; in 1999, Rhino Records saw fit to release a seven-CD box set that consists entirely of sessions for this record…and it sold out quickly and is now a much sought out collector’s item.

I will admit that seven disks of outtakes from “Fun House” hold little appeal to me. Hearing over a dozen takes of each track might prove fascinating to the zealots, but the original final product is more than enough, thank you very much. Fifteen takes of “Down on the Street,” fourteen attempts at “TV Eye” and (oh my God) twenty-eight takes of “Loose”? It would be like going to a party where the host plays the same song over and over and over until you feel like ripping his eyeballs out with a tweezer. The avant-noise ‘musique concrete’ of “L.A. Blues” lasts for five minutes on “Fun House”, and that’s enough noise to send haters to run screaming for the volume knob. This track always put a damper on my own final impression, but now I see that I’m actually kind of lucky. If you wish to hear the extended violence go on for an additional eighteen minutes, then you need the box set. I will admit that my (semi-sick) collector’s mentality almost led me down that path, as my curiosity grew along with my appreciation for the madness that is “Fun House,” but I ultimately chose to stick with what I know.

While I sat on the fence trying to decide whether or not “Fun House” was great, virtually every person who liked it immediately went on to become famous punk rockers. Indeed, few if any albums had more of an influence on the development of music in the latter half of the seventies, but even the rawest of the punkers could not duplicate the ferocious intensity of these recordings. So, take some hard earned advice; if you have to think about it, then you’re thinking too much. Just let it wash over you, and try not to worry if it scares you while you succumb.