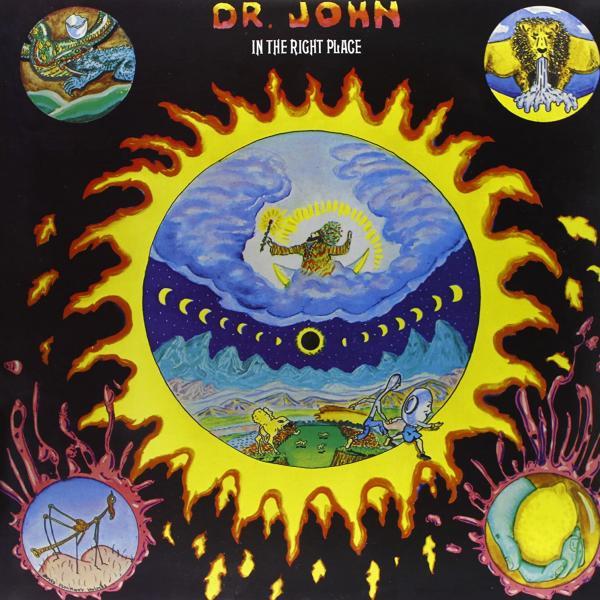 The characterization of Mac Rebennack as Dr. John was so fluid that he moved freely within the scope of New Orleans music. Essentially, he could do anything that he wanted to do. For example, he moved from the psychedelic cultural voodoo spectacle of his debut album “Gris-Gris” to “In the Right Place” is a matter of five years.

For his first few albums, he remained the same character, a guise that bothered nobody except perhaps the honchos at Atlantic Records, who were surely wondering why they signed somebody who couldn’t even sell a record to his own friends. None of his first three releases touched the album charts, but famous cohorts like Eric Clapton and Mick Jagger appeared as guests on his fourth release (“The Sun, Moon & Herbs”), helping to push that album to #184.

“Dr. John’s Gumbo” followed, and it dropped all the shaman shenanigans, allowing Dr. John the opportunity to become a direct spokesman for New Orleans popular culture by playing songs associated with the city but written by others. That album was a surprising success on every level, but I still don’t think anyone was prepared to see Dr. John become a pop star.

That’s just what happened when he released the follow-up “In the Right Place.” The title track became an instant classic top 40 hit (as was the album). With assistance from the Meters as his backing band, and Allen Toussaint joining on piano and production, what could go wrong? Rebennack wrote almost everything here, and the falls in line as a perfect pairing with its predecessor. The die was cast, and in a city with no shortage of legendary figures, Dr. John is now permanently enshrined as the most recognizable character of New Orleans.