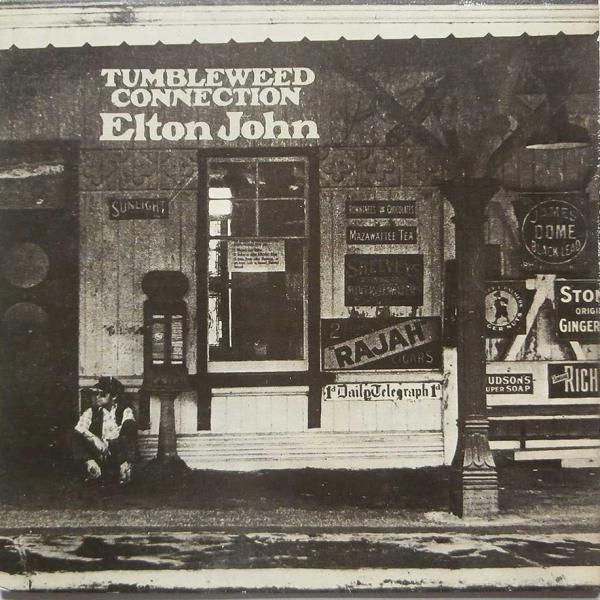 Here in America, “Tumbleweed Connection” was Elton John’s second release (his debut album, “Empty Sky”, was not released here until 1975).

His first American album, titled simply “Elton John”, featured the perennial hit “Your Song”, which brought a lot of attention to the new artist and helped that album to reach Billboard’s Top 5 album chart. John and his management were caught by surprise by his instant success, and quickly went to work recording its follow-up. “Tumbleweed Connection” was released just six months later. Although it featured no hit single, it repeated the chart success of its predecessor and established the songwriting team of Elton John and Bernie Taupin as possible contenders for becoming the new Lennon-McCartney.

Unlike the team’s previous efforts, the songs on “Tumbleweed Connection” strived to work as thematic set, based on their imagined idea of American culture. The continuity and quality of the songwriting is quite impressive, as is the band’s musicianship, as well as the rich production of Gus Dudgeon, who used string arrangements, steel guitar, harp and anything else to set the appropriate mood. It’s an album that defies time by sounding timeless, a quality that has proven to be somewhat rare in John’s extensive catalog of albums.

Ballad of a Well Known Gun

Come Down in Time

Son of My Father

Where To Now St. Peter?

Burn Down the Mission