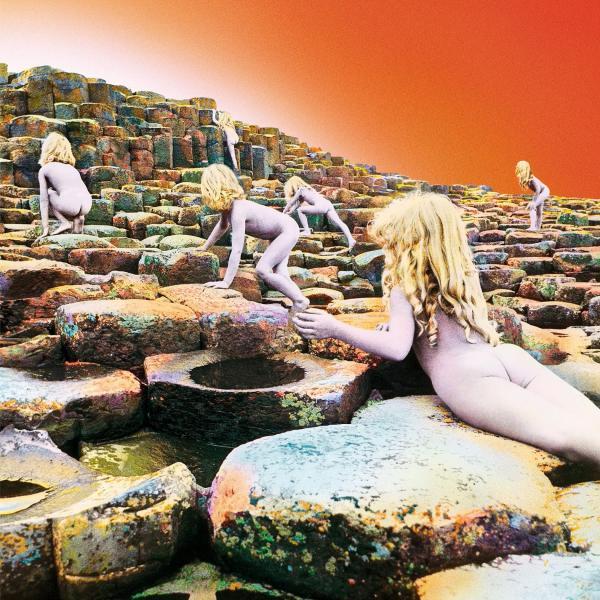 The first time I heard “Houses of the Holy” in its entirety, I was genuinely surprised, if not shocked, by how much I loved it.

Even for a band that displayed such exponential growth between each of their first four albums, I figured that Led Zeppelin reached their apogee on their last release. After all, how do you top an album that ends with Stairway to Heaven”? Well, as I hear it, they somehow continued their amazing streak of consistent improvement with this release. For the first time, the band sounds almost relaxed, even while rocking their brains out.

Album opener “The Song Remains the Same” hits like a series of punches to the gut, yet it sounds lithe. Like Ali, it floats like a butterfly and stings like a bee. For the first time, the band literally swings! Up till now, it was hard to determine if Led Zeppelin even had a sense of humor, but they sound like they are having a ball here. “D’yer Maker” and “The Crunge” may be intense but they can also induce genuine laughter. The album has a lighter, defter touch and the lyrics avoid blues cliché or fairy stories.

The Song Remains the Same

Over the Hills and Far Away