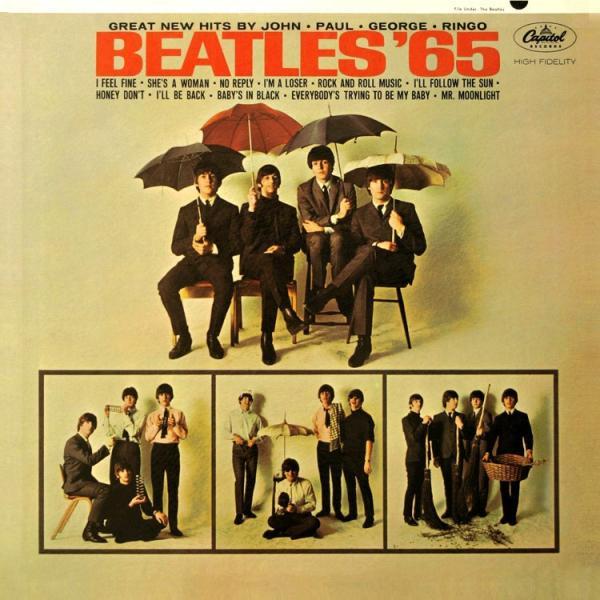 The Beatles juggernaut rolled on through 1964, until even the haters started to join the ranks.

Their success was undeniable, and it became obvious that denial and/or ignorance would not make the phenomenon go away. “A Hard Days Night” played a huge role in winning new converts, as moms took their kids to the movies and became charmed by the group, and entranced by at least some of the music. Even the American jazz musicians who deeply resented the stylistic change that derailed their careers started to record Beatles material for their own records.

In America, “Beatles ‘65” was a victory lap of sorts, and perhaps the only American album release that did not represent exponential growth for the band. “A Hard Days Night” featured 100% original compositions, but on “Beatles ’65,” they reverted to a few cover tunes. Nevertheless, the overall sound of the band had matured somewhat.

Perhaps it was due to exhaustion, but most of the songs on “Beatles ‘65” sound somewhat less energized than their earlier material, with a bit of self-reflection that conveyed a darker side to the songwriting (“Baby’s in Black”, “I’m a Loser”). It may not have been a profound change from what came before, but “Beatles ‘65” proved that in less than one year, the band had not only changed pop music forever, but then also changed themselves. And to think that this was only the beginning….

11) Everybody’s Trying to Be My Baby