The Beatles: Meet the Beatles 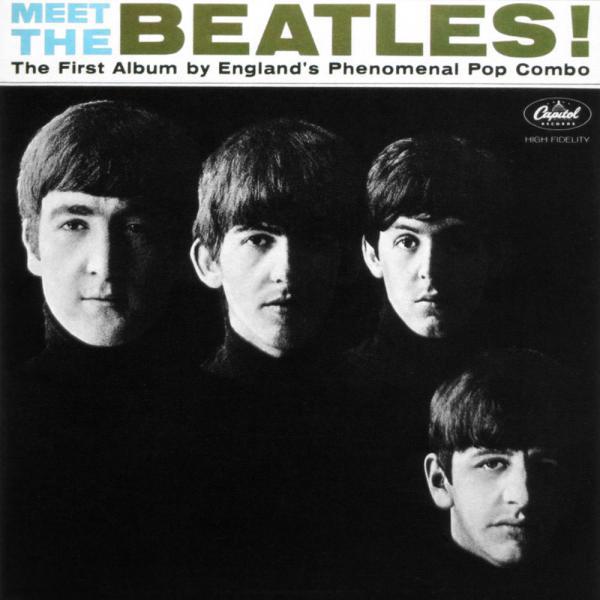 The Beatles: Meet the Beatles

Is there anything at all remaining to be said about the impact and influence of this album on the American consciousness? Perhaps to younger generations, it’s a "you had to be there’ kind of thing", but to those of who are old enough, we certainly remember the first time we heard the Beatles on the radio, or saw them on television.

The arrival of the Beatles in America was a life defining moment for American youth, offering a promise of hope for a brighter, more fun future. This, their debut album on Capitol Records, was a game changer in every sense. It marked the start of a trend toward bands rather than individual singers. It marked the beginning of a self-reliant group of musicians who not only played their own instruments but also wrote most of their material. It marked a nearly instant change in fashion as well. Because of this album, an entire generation became infatuated with pop music, and the immediate effect would be so profound that it still lingers. In their wake, a lot of performers saw their careers laid to waste as they were suddenly rendered obsolete, blindsided by a force from Britain that had no precedent, except perhaps the rock and roll energy that was drained from the American pop charts due to the absence of Elvis (the Army), Chuck Berry (jail), Little Richard (religion), Jerry Lee Lewis (scandal) and Buddy Holly (death). After a short period of time that resembled a cultural vacuum, the Beatles breathed new life into our culture.

One way to measure the lasting impact of the Beatles arrival is to observe its effect years later. Like reading rings in a tree or carbon dating, it is quite easy to discern just how much changed after this band’s arrival. For example, in 1963, very few teenagers had any type of active involvement in playing an instrument, writing songs or performing with a band. From 1964 onward, that percentage skyrocketed. In their wake, it seemed that every boy in American wanted to be in a group like the Beatles, and many of us emulated our heroes by learning to play an instrument. I think it would be safe to say that Beatles are responsible for spawning more guitar players and drummers than any other factor in history. If you look around at the subsequent music scene, the evidence is everywhere. With no precedent, the grooves of this record album provide the answer for how all of this happened.