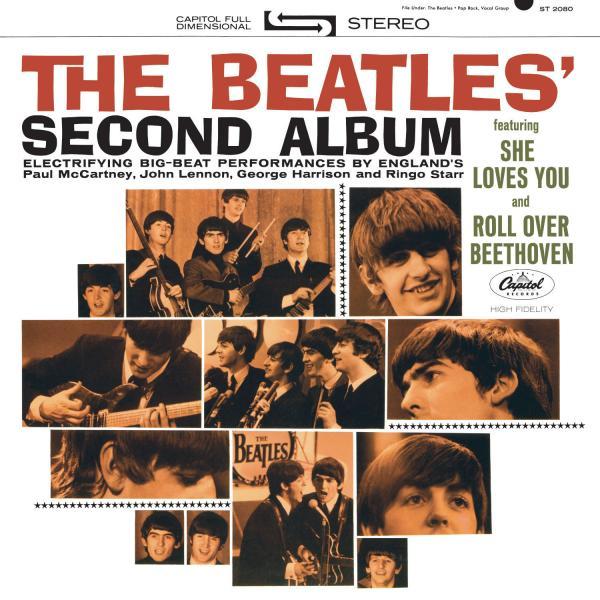 Barely three months after releasing “Meet the Beatles,” Capitol Records assembled a follow-up album from leftover bits and pieces that they previously neglected, or considered unworthy of the American market.

All of the cover songs that they removed from the debut album appear here, augmented by a few originals that were part of a British ep. More than half of the album was written by the Beatles’ rock and roll idols like Chuck Berry, Little Richard and Smokey Robinson. Only five were penned by Lennon-McCartney, but Beatlemania was so strong that nobody noticed or cared.

Still, Capitol felt the need to meddle and second-guess their British counterparts by saturating the production in reverb. It was rude, inappropriate and unnecessary, but miraculously, it didn’t hurt, either – Americans may have recalled the original recordings, but these songs now belonged to the Beatles, and “The Beatles’ Second Album” usurped their first album from the #1 spot, and held it for another five weeks.

3) You Really Got a Hold on Me

4) Devil in Her Heart