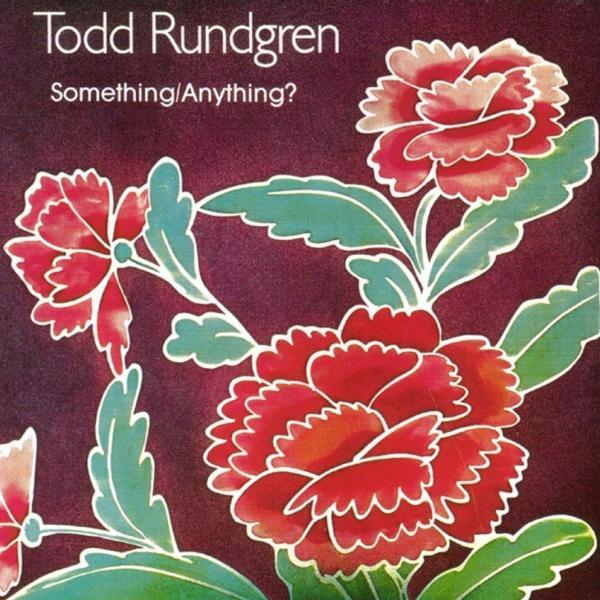 Todd Rundgren was one of the first ‘do-it-yourself’ rock stars to hit it big when he recorded three of the four sides of “Something/Anything?” by himself.

The fourth side is a mishmash of recordings with other musicians, some dating back to 1966, making the double album feel like two albums in one. Until this point, he was a peripheral artist with one hit song (“We Gotta Get You a Woman”, recorded with Runt), a penchant for idiosyncratic songwriting and independence, as well as a burgeoning reputation as a producer.

On “Something/Anything?” all those roles combine into a quite impressive whole. The songs veer from translucent pop to hardwired heavy metal derivations, with a dozen other varieties sprinkled throughout, but what it lacks in cohesion is made up for in its loose, casual flow that weaves you through a house of mirrors. It gets weird in places, but it’s never boring. “Something/Anything?” is the sound of a restless and creative mind wandering freely. It’s irreverent, messy, and self-serving, but it’s also fascinating.

I Saw the Light

It Wouldn’t Have Made Any Difference

It Takes Two to Tango (This Is for the Girls)

The Night the Carousel Burned Down

Song of the Viking

I Went to the Mirror