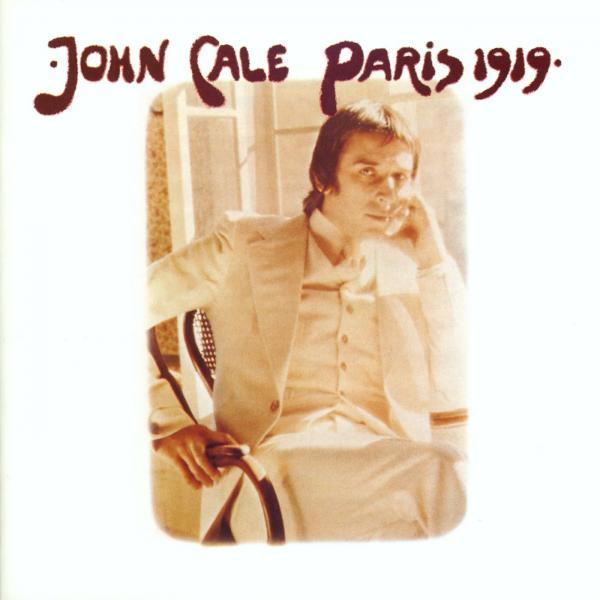 It’s very interesting to compare contemporary albums from the alumni of The Velvet Underground circa 1973.

Lou Reed grabbed production genius Bob Ezrin to orchestrate what is perhaps the most depressing album of all time. Do you (God forbid) know anything else that might even compete with the overwhelming misery and horror that is presented on “Berlin”? Alcoholism, cruelty, depression, domestic abuse, apathy, drug addiction, losing your family to child services, and suicide does not make for a ‘Sing-along with Lou’ party, but the scars left by “Berlin” are permanent, and sadly beautiful. All in all, though, it was a bit much.

Meanwhile, his ex-bandmate moved 180 degrees away from the darkness of Velvet Underground and produced a dazzlingly beautiful album, full of spectral imagery and sepia-toned memories. It is stunningly literate, chock full of enough references to other writers and works of art to keep you occupied for months. “Graham Greene” and “Macbeth” are song titles, while lyrics mention (or imply) Dylan Thomas, Billy Wilder and Enoch Powell, among others. Interspersed with this are enough geographical references for a National Geographic magazine, including Andalucia, Wales, Antarctica and of course, Paris.

I am somewhat stunned to learn that Little Feat’s Lowell George and Richie Hayward make up Cale’s band for this record, with the Crusaders’ Wilton Felder handling bass and saxophone. Their work here has little in common with their own projects, displaying a diversity in playing styles that is quite impressive. Orchestration plays an important role on both Reed’s and Cale’s album, but they use the classical instrumentation in significantly different ways. “Berlin” has strict, dynamic arrangements that clash with Reed’s blasé delivery (and do you recognize that string part on the chorus of “Sad Song”? Ezrin used it again on “Comfortably Numb” when producing Pink Floyd’s “The Wall”). Cale, on the other hand, melts into the classical arrangements of “Paris 1919,” with strings complementing his melodies.

Paris 1919 stands out in Cale’s oeuvre because it differs from so much of his other work, which often is either experimental or darker in tone. After his tenure with the Velvet Underground, Cale worked sporadically on decidedly un-commercial projects like his Dream Syndicate project and a collaboration with minimalist Terry Riley. For his commercial releases, “Paris 1919” is sandwiched between “Vintage Violence” and “Fear,” albums whose titles belie their darker subject matter. In the midst of this, “Paris 1919” was like a breath of fresh air, and it remains the most artistically significant commercial release of his solo career. Velvet Underground aside, John Cale has proven himself to be a stunningly diverse and creative artist, and if you are new to his solo work, “Paris 1919” is probably the most palatable point of entry.

The Endless Plain of Fortune