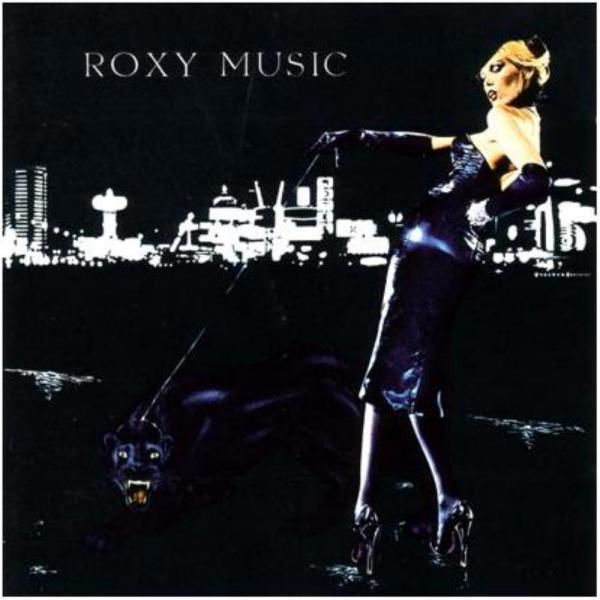 Released just nine months after their debut album, “For Your Pleasure” displays considerable growth for Roxy Music, particularly in regard to production techniques.

Where the first album had the sound and feel of raw discovery and total abandon, “For Your Pleasure” adds a touch of sophistication into the mix, without diluting the crazy glam freshness of the first album. The band shifts gears like deranged race-car drivers with no governor, adding rave-up instrumental breaks into otherwise reflective compositions. The break in “Beauty Queen” is so gleeful that it often makes me laugh out loud, as is the middle section of “Grey Lagoons”. Few singers can camp it up as joyfully as Bryan Ferry, and he sounds like he’s having a ball on this album, lithely winking at us as he throws out a seemingly endless stream of literate phraseology.

The song’s topics are so far removed from cliché that it’s impossible to imagine anybody else addressing anything in the vicinity of Ferry’s perspective. Do the Strand” trumps just about everything else the band did up to this point, ripping through a bizarre lyrical maze of trendy images, locales and dances, all of which pale in comparison to “Strand power”. Nobody does a better job of capturing high-class ennui than Bryan Ferry, and he does so brilliantly on “In Every Dream Home a Heartache,” a simultaneously funny and spooky depiction of a rich loner who falls in love with his blow-up doll. “Strictly Confidential” could be the same character on his deathbed, attempting to reveal his last thoughts on paper. Such wild and convoluted topics only partially convey the diversity of this record. Musically, the album veers from the driving rock rhythms of “Do the Strand” and “Editions of You” to the ‘Krautrock’ trance beat of “The Bogus Man” (which can grow a bit tedious after nine minutes).  “Beauty Queen” is a remarkably intelligent depiction of a break-up, and one of the most beautiful melodies Ferry has ever written, although “Grey Lagoons” comes very close. The title track contains yet another gorgeous melody that unfolds like classic poetry, until it descends into an experimental but tedious variety of studio effects.

The extended sections in “Bogus Man” and “For Your Pleasure” slow down the album’s pace, but not enough to derail it. Although exhaustingly redundant, they still convey the loose nature of discovery and experimentation that defines the record. This is an album that tries to go everywhere all at once, and somehow the wheels don’t fall off of the bus. “For Your Pleasure” is the sound of a band on the brink of glory, and making the most out of every second along the way.

In Every Dream Home a Heartache

In Every Dream Home a Heartache