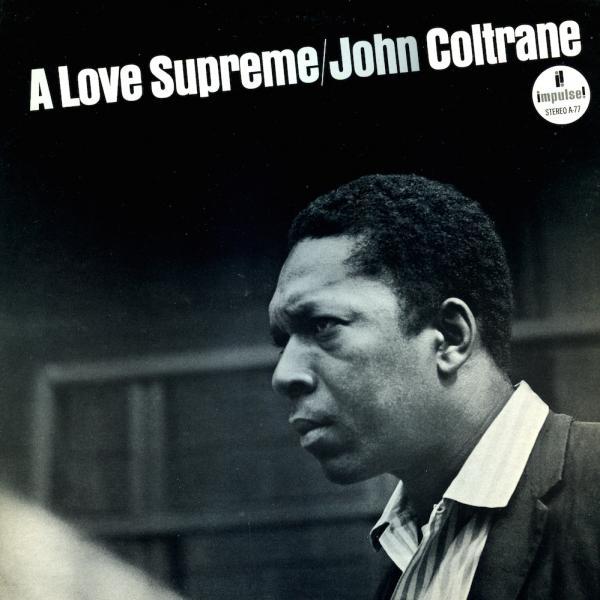 By design, there are precious few jazz albums on my list of ‘alternative albums’ (see my long preamble/rant at the introduction of the book for the specific reasons). As a genre, jazz had reached a new apex for each decade since its inception in the twenties – New Orleans groups, big band swing, be-bop and the ‘cool’ movement outline the general progression of jazz music, but the sixties were decidedly less definitive.

In a sense, the Be-Bop movement led jazz down a blind alley, because it changed the focus to cranial matters, as opposed to populist. Until the mid-40s, jazz music was ‘popular’ music but ‘Be-Bop’ placed it into the hands of the elite, who were ‘hip’ to the new sound. The general public was perplexed, but the jazz purists pushed and pushed until jazz essentially got ‘broken’. It became primarily about the soloist, but just how far could you go with a solo? Even when it is elegant, or even astounding, a solo is ultimately limited in its capacity to convey something beyond the heart of the soloist. Although that can be incredibly exciting, it does little to further its cause beyond its capacity to awe. In the ‘60s, another branch known as ‘free jazz’ came to exist that deliberately challenged musical mores.

Ornette Coleman and Rahsaan Roland Kirk are but two examples of artists before 1964 who attempted to once again redefine what ‘jazz’ could be. Unless it is done exceptionally well, ‘experimental’ jazz can sometimes be a painful listening experience, but it would be prejudicial to dismiss post-1964 jazz from my ‘alternative album’ list, especially if its innovations stand the test of time. Further, if the artist created music that transcends its genre by evoking something truly spiritual and beyond prowess, then it must be acknowledged for the genius it conveys.

The jazz albums that appear on this list are here because I believe they have an appeal that goes well beyond a typical jazz audience. By 1964, John Coltrane had released dozens of albums, and played on sessions for hundreds of others. His ‘sheets of sound’ provided him with a unique identity, and elevated him to a status as one of the single most important members of the jazz community, but for Coltrane, that was not enough. Actually, that wasn’t even relevant to him. Coltrane heard his music as if it were a voice attempting to speak the language of the gods. He struggled with the ‘translation’ from sound to language, and worked endlessly in his attempt to find his true spiritual voice. His life was music, and music became his spiritual quest.

The closest he ever came to achieving his goal was on “A Love Supreme”. Listen to his saxophone lines on these tracks, particularly on the ‘Pursuance” and “Psalm” sections. It’s almost eerie how much he sounds as though he is using his horn to ‘speak’ to a higher power. The phrases are like sentences, statements of purpose with a deep desire to be understood, to convey something meaningful beyond clusters of notes, or ‘sheets of sound’. The result is music that is truly spiritual, music that eclipses the genre of his peers. What words cannot convey, a saxophone might speak more profoundly, especially if it comes straight from the heart. Or perhaps it can be heard as a form of speaking in tongues, letting the spirits express themselves through his saxophone while Coltrane basks in joy and gratitude to a higher power for giving him this gift of expression. It has taken years of listening for me to plumb the heights of Coltrane’s ambition on “A Love Supreme”. This is a record that gets better with every listen, and more meaningful and profound. It is an album you can grow old with.

February 1965 - Billboard: Did Not Chart