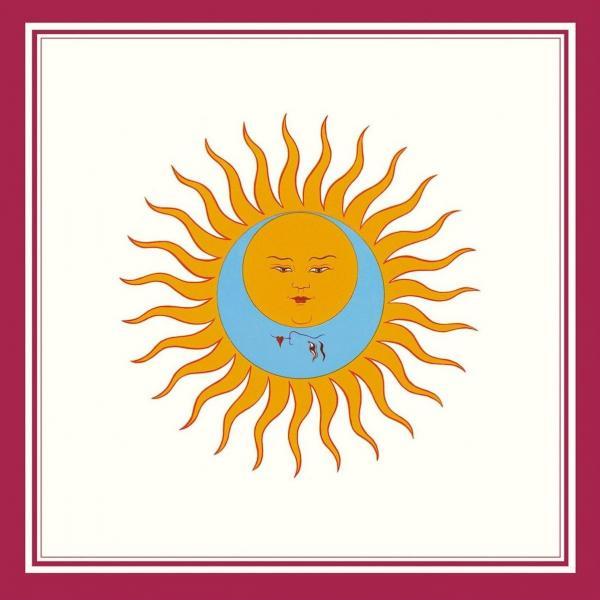 Here’s to a band that started out with incredible promise, but then became completely lost in a mire of personnel changes and lack of vision, only to rise from the ashes and become the best ‘progressive’ band of all time. From this point forward, they would continue the same on again/off again pattern for the next five decades! Few bands have such versatile and varied discographies as does King Crimson, but frankly, nobody is likely to have retained any interest were it not for “Lark’s Tongue in Aspic.”

This is the album that justified their earlier self-indulgence while setting the table for all that followed. It screams from the pain of self-flagellation, while sounding (masochistically) as if they are enjoying every second. When asked about the nature of the band, drummer Bill Bruford replied, “Everything you’ve heard about (the band) is true: it’s an absolutely terrifying place.” For reasons that betray any pretense at logic, Bruford had just quit the incredibly successful band Yes to willfully ‘suffer’ at the hands of Fripp’s theoretical composition style (“Like going over the Berlin Wall into East Germany”).

He found himself paired with an intensely whimsical percussionist named Jamie Muir, who reveled in the whisper-to-a-scream dynamics with a literal bag of tricks, from sheet metal to bicycle horns to chains on gongs. John Wetton played bass and sang with a dry, ironic tone so strong that it infected the instrumental passages with the same tone.

David Cross’ violin attempts to bring some sanity and peace to the proceedings, but the intensely experimental dynamics reign supreme. The sweeping sprawl and extreme volume shifts were unprecedented in ‘popular’ music, suggesting the obsessively intense nature of Robert Fripp better than any previous King Crimson album. From this point forward, Fripp would be relentless, ramping up the intensity whenever the muse would strike, or temporarily disbanding the group when it did not.

What other band creates music that moves effortlessly from Indonesian Gamelan to heavy metal (with mellotron for orchestration, of course) in a matter of minutes? This is superhuman stuff, no joke. I’ve never come across another act that could even emulate this. John McLaughlin? Bah! Yes? No. Miles Davis? Not even Miles. This music is so painfully cranial and varied that I have a hard time understanding why anyone would even attempt it, no less succeed. 1973 was a year that rock and roll set off in a multitude of varied directions, but King Crimson covered more ground than anyone else.