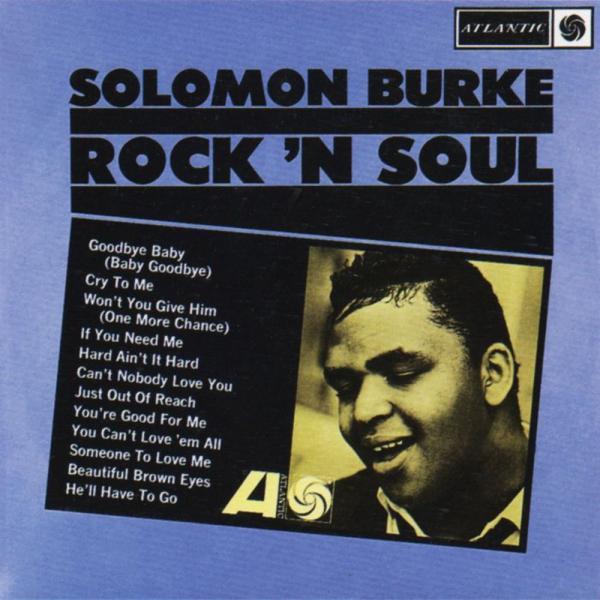 Solomon Burke’s early years are the stuff of legend, and TV documentaries. He was a preacher at age 7 (!) and became pastor for his ministry by age 12. Still a kid with a penchant for Superman comic books, his grandmother made him a cape from his childhood ‘blankie’ that we wore on the pulpit!

The cape would carry through his career, when fans referred to him as King Solomon. He was a father at fourteen. He was once hit by a car, and moved in with the woman driver while he convalesced. After a brief and commercially unsuccessful run as a singer for Apollo Records, Burke worked as a mortician before signing with Atlantic, and then again after the hits dried up. All in all, he sired 14 children (at least) and 90 grandkids (at least).

Such was the state of American race culture in 1964 that an album containing seven singles (three of which scratched onto the top 40) can’t even grace the top 200 albums chart. Criminally, even the singles didn’t fare as well as they deserved; in his entire career, Burke never enjoyed a top 20 hit. He was one of those characters who could have – and should have – been as famous as Sam Cooke or Otis Redding, but it never happened. Artists in a similar position could often blame their lack of mainstream success on the white artists who released watered-down versions of their songs, but perhaps it was more than just the race card that kept Solomon Burke off the charts. Burke’s sound was thoroughly uncompromised, and luckily, his label did not try to make him otherwise. Atlantic Records signed him and to their credit, they did not try to box him for a mass market, letting him remain true to his own ideals, which is why they wanted him in the first place (Jerry Wexler called Burke “the greatest male soul singer of all time”). In the process, Burke and Atlantic Records helped invent ‘soul’ music.

Soon, the label would do the exact same thing for Aretha Franklin and her career would bust wide open as result. Solomon Burke was forced to watch as Franklin and Redding changed pop history, but that doesn’t lessen the strength of his recordings, nor the impact that this album had on pop culture. While America relegated Burke to the back burner, English kids were swooning. The Rolling Stones covered at least three Solomon Burke recordings (poorly, in comparison), two of which appeared on this record. Burke would remain in commercial limbo until his career experienced an unlikely but much welcomed rebirth in 2002. In his latter-day comeback, he became a hero of sorts to fans of roots music and Americana. He finally had a chance to enjoy the fruits of his labor, but it wouldn’t last very long. Always a very big man, Burke’s girth grew tremendously as he aged. By the age of 60, his body quit, and ‘King Solomon’ passed away in 2010.

November 1964 - Billboard: Did Not Chart