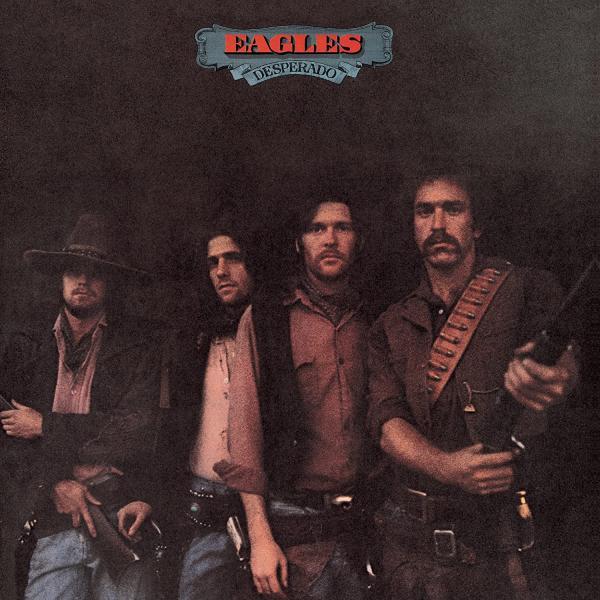 As the only album of the band’s career to not reach the top 40, The Eagles must look back on this record as a failure. From where I’m sitting, “Desperado” is their only true artistic success.

It wasn’t custom-built to blow the doors off of the pop charts a la “Hotel California,” it wasn’t painstakingly constructed piece by piece like “The Long Run,” and it avoided awkward overtures to disco like “One of These Nights.” Back when the Eagles were a young, up and coming band, I liked them, but things got weird quickly. The band’s debut served as a mainstream but slightly awkward introduction to west coast country rock.

“Desperado” was the Eagles’ second album and it showed incredible artistic growth, but by their third album (“On the Border”), artistry seemed to get thrown under the bus. From there, the band’s popularity exploded, which pretty much severed all ties to their comparatively humble past. The highly stylized, airbrushed photograph on the back cover of “One of These Nights” told me all I needed to know about where the band was headed. Their last two albums remain staples of classic rock, but they can induce nausea in me, mostly from the sheer redundancy of hearing those hits again and again and again and again. Please, no more.

“Desperado” is from a more innocent time, and it has a cohesiveness that every other Eagles album lacks. If you happen to share my prejudice, then you need to consciously avoid thinking about the callous monster that the band became. “Desperado” sounds like the fruitful product of four guys working together to create a seamless, timeless album. Producer Glyn Johns was instrumental in keeping the songs focused, avoiding the excess production techniques that drowned much of the band’s later work.

More than any other Eagles album, “Desperado” is worth hearing from start to finish, but you’re not likely to hear it played on the radio. It is a ‘concept’ album that takes place in the late 19th century American west, about being young and lured in by that era’s personal freedom and lawless culture. It plays like a cowboy movie with a strong existential streak. Bernie Leadon and Randy Meisner, both gone in two more albums’ time, provide excellent material that sits well with the more recognizable melodies of Glenn Frey and Don Henley. It is a band at work, before they devolved into a pair of dictators keeping underlings in their place. The Eagles would go on to become extraordinarily rich and famous, but in the deal they lost more than they gained. Ironically, all of their triple-platinum albums now sound like dated timepieces, but this one, the black sheep of the bunch, still sounds fresh. As Randy Meisner forewarns, “It’s a certain kind of fool that likes to hear the sound of his own name.”