Bob Dylan: The Times They Are A-Changin' 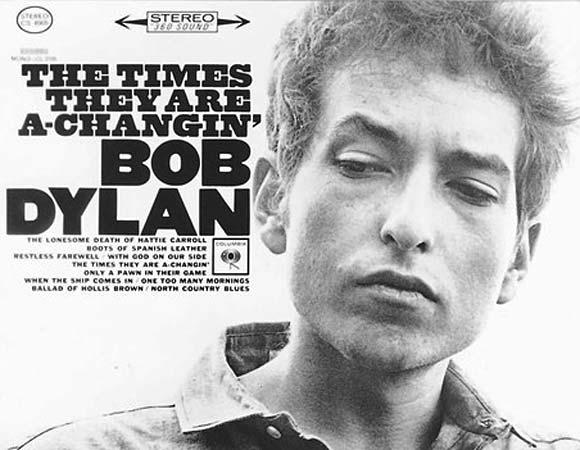 Bob Dylan: The Times They Are A-Changin'

Without doubt – at least in my opinion – this is the most strident of all Dylan albums.

His first album was tentative at best, but his second showed the promise of a brilliant songwriter with the ability to write anthemic songs with subtle wit and insight. On this, Dylan’s third, he gave his hardcore folk audience exactly what they wanted, what they anticipated as though it was somehow something they deserved. “The Times They Are a Changin’” is Pete Seeger’s wet dream of folk’s future, offering a physical embodiment of everything that he ever hoped the leftist folk movement to represent. Dylan did it convincingly, too.

These songs are undeniably powerful and seemingly heartfelt accounts told with a political conscience and strong sense of righteous indignation. There is no denying that this record contains some of the strongest material he ever penned, and that is saying something. “The Times They Are a Changin’” literally defined everything that folk music stood for in 1964. This is the sound of a fully mature songwriter at the peak of his game – but he was so much older then.