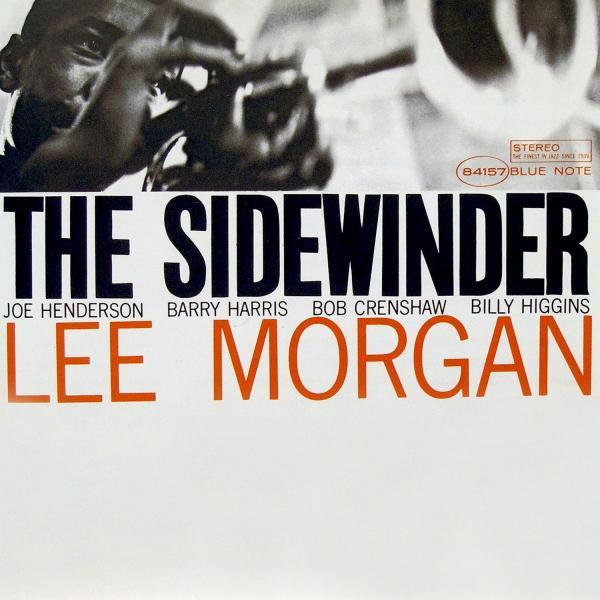 You may be forgiven if you don’t remember this record. After all, it hit the charts at the same time that the Beatles ruled contemporary culture, and the sea of change pointed toward the inevitable.

Before this now obvious disruption, though, jazz was a very strong force in American pop culture, as was R&B, folk, and ‘ethnic’ music. The Beatles inadvertently derailed an awful lot of careers (and stirred a great deal of animosity in the process), but they needed to acknowledge guilt about as much as television needed to apologize to radio. The times they were –a-changing, indeed, but Lee Morgan survived, mostly because he embraced populist culture without bowing down.

“The Sidewinder” is a brilliant amalgam of hard bop crossed with accessible ethnic pop. It was complex, but easy to love. You could actually dance to it, for crissakes. Jazz may have been doomed, but in the hands of Lee Morgan, it was dancing to the graveyard, and it makes me realize that we lost something special when we blindly embraced the new breed of rock and roll.