The Beach Boys: All Summer Long 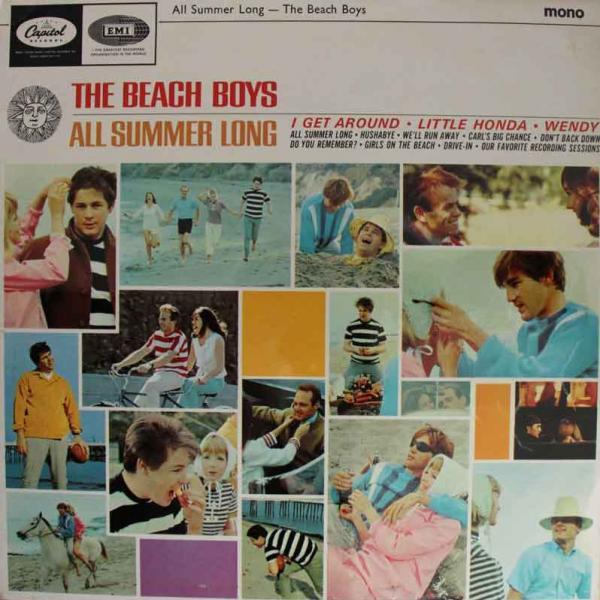 The Beach Boys: All Summer Long

In 1964, the music scene changed very rapidly, too rapidly for most. Popular singers who predated the Beatles were suddenly struggling to maintain relevance. The seismic shift in fan expectations meant that a lot of American acts simply could not exist in the wake of the British Invasion.

The Beach Boys are one of the few that only survived, but thrived, because they had two distinct characteristics that were essential for survival. First, they were a band at a time when the very idea of a band had incredibly strong appeal, and second, they wrote their own material, making them self-contained and able to define their own fate.

Even better, they had a visionary in Brian Wilson, who had started to prove himself capable of creating soundscapes as lush and fully realized as his hero, Phil Spector. “All Summer Long” was admittedly a spotty affair, with significant filler like “Carl’s Big Chance” and the pointless out-take collection titled “Our Favorite Recording Sessions,” but these vapid moments were surrounded by some genuinely beautiful pop songs that pushed the Beach Boys into rarified territory. Released in the middle of summer 1964, “All Summer Long” proclaimed an incredibly bright future for the band.

9) Girls on the Beach